Other shoes to gaze at: Part 1

Like my previous post on Air Formation, there are a number of  bands out there that are still preserving the shoegazing sound. I believe these bands are now defined as “Newgaze”, but they still keep the same principles of dream pop alive. This week I would like to share some bands that are worth mentioning and please, if you know some others, feel free to leave comments. Your recommendations will be much appreciated. 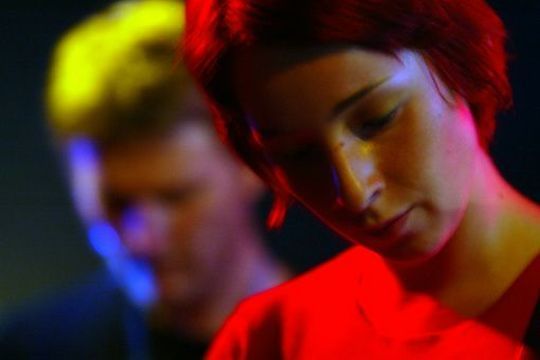 The first band that I’m really enjoying is a German shoegaze band called Malory. In my opinion, this four member band is probably one of the closest musicly to Slowdive that I’ve heard so far. It’s not really a big surprise considering this band proclaims their love for them, and you can definitely hear it in their music. I have two of their albums, Outerbeats and Not Here Not Now and a few of their songs off of the Third face.  If I would have to tell you to buy one album it would be kind of difficult for me. I think it’s safe to say that if you get any of them, you’ll be safe. The Third face album, which was released in 2006, is probably the most unique of the three. It has more of an electronic beat to it than the typical heavy sound layering found in most shoegazing music. Still a worthy album and maybe a sign of things to come.  Falling Shine and The Choice You Have from the album Outerbeats are some good examples. Underwater and Dany from the album Not Here Not Now are some fine tunes as well. Two song from the album the Third face worth  mentioning is Wake Up and Sleeper. I believe the band is finishing up their fourth album and is hopefully going to be release in last part of 08.

Please stay tune for more bands later in the week.

Here is a video of the song Sleeper.

3 Responses to Other shoes to gaze at: Part 1