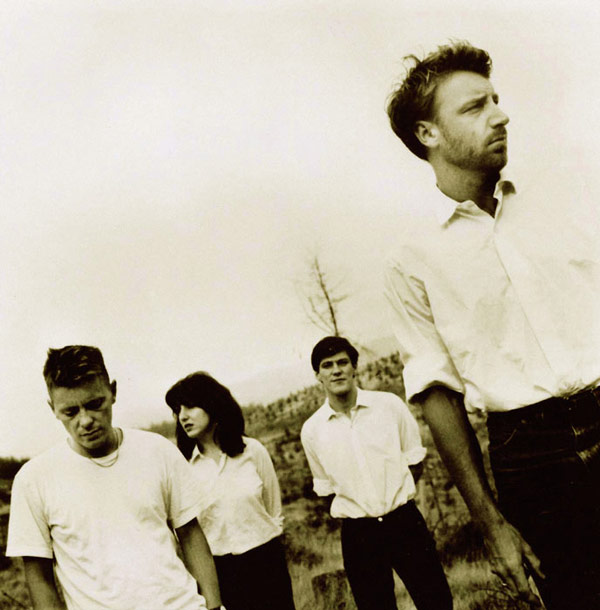 This may be old news to some, but Rhino Records has re-issued 5 of New Order albums that was previously released in the 80’s. Each one re-mastered from the original recordings and containing a second disc with remixes, extended versions, B-sides, and sleeve notes with interviews from the band.  Here’s the list for the bonus discs from neworderonline.

Movement– The early Singles and b-sides. Both versions of Ceremony, the original Temptation 7” and 12”, Everything’s Gone Green 12” and rarity Cries and Whispers

Power, Corruption and Lies– The 12” singles versions of Blue Monday, Confusion, Thieves Like Us and Murder. And their flips The Beach, Confused Beats, Lonesome Tonight and Thieves Like Us Instrumentals.

Brotherhood– The 12” Touched By The Hand Of God and Blue Monday 88 remix. Dance mixes from Shep Pettibone of Bizarre Love Triangle and True Faith, with its rare B-side Evil Dust.

Technique – The 12” singles Run2 and Round and Round, and rare b-sides MTO, Best and Marsh and Vanishing Point Instrumental. The Steve Silk Hurley remix of Fine Time and b-sides Don’t Do It and Fine Line. New Order’s last release on Factory Records and only NO 1 UK Single, World In Motion in it’s Carabinieri mix.

I think I have some of these remixes already, but just to have the remastered album would be nice. Brotherhood, would be so nice to have. That album is the one that started it for me and the original recording is so low that I might just have to pick it up. I think this is a good start point to tell you what my favorite song from each album are. I do have many songs that I like from each album, but some of them just strikes a chord with me.  So let’s get started.

Movement: Dreams Never End – This album was New Order’s first since the name change and the tragic death of Ian Curtis. You can tell they were trying to find a style to call their own throughout this album. They were taking chances and experimenting to find that New Order sound that will stand apart from Joy Division. Although they tried to get away from the influence of Joy Division, it was still evident like in the song Dreams Never End, which was actually sung by Hooky ( Peter Hook – Bassist).

Power Corruption and Lies: Your Silent Face – New Order’s sophomore album which contains one of my all time favorite New Order’s songs. Your Silent Face is a simple beat, a catchy hook and Bernard Sumner’s untuned vocals is what makes this song so great. Another great song worth mentioning is Leave Me Alone. With this album New Order is finally finding their way.

Brotherhood: Weirdo, As it is when it was – I know I cheated and put two songs. I’m bad at sticking to the rules.  Like I mentioned earlier this album is deep rooted in my soul. I was 13 when I founded this album and I played the tape 24/7 till it sounded like crap. This album was less synthesized then the others, but that’s one of the reasons why I enjoyed it so much. Many of the songs off this album are evident of the quintessential Peter Hook bass line that  guides the listeners through. Weirdo is a great catchy pop song and As it is when it was is a lovely song that I can listen to over and over again. There are other great songs like Broken Promise, All Day Long, and of course the popular Bizarre Love Triangle. Every Second Counts is a funny song and has one of the greatest lyrics that I ever wanted to say to a girl that did me wrong.

Technique: Mr Disco – This album is probably one of their strongest albums to date. They went back to the dance pop on this album and made one of my favorites, Mr Disco. New Order hit the nail on the head when they made that song.  What’s that you say? Do I have another song that I like? Why yes I do. That song would be Loveless. It’s a slow ballad, but still a great song with a good hook.  There’s definitely other songs like the dance hit Round and Round on this album that I enjoy and the entire album is actually worth listening too.

So there’s the list of my top favorites from each of the albums. Of course there wasn’t the album Substance on the list, since it was a compilation, but the album was very influential on me as well. Songs like Ceremony, True Faith, Temptation and all the other great songs off the album were such good times. New Order has to be one of the most underated and infuential bands of the 80’s. Releasing 5 albums in a decade and then a compilation of their singles and remixes with touring is no easy task. I truly loved this band.

This entry was posted in Uncategorized and tagged As it is when it was, Bernard Sumner, Brotherhood, Ian Curtis, Joy Division, Low Life, Movement, Mr Disco, New Order, New Order Online, Perfect Kiss, Peter Hook, Power Corruption and Lies, Rhino Records, Round and Round, Substance, Technique, Weirdo, Your Silent Face. Bookmark the permalink.